There is so much more to Tierra del Fuego than just a stopping point en route to Antarctica. When our trip further south was cancelled in January 2022, we were devastated but we quickly started to make the most of our time in Ushuaia, visiting penguins on Isla Martillo, exploring some of the museums in the town and generally just enjoying the laid back, friendly feel to the southernmost city in the world.

But a trip to Ushuaia isn’t complete without a visit to the beautiful Tierra del Fuego National Park and so, when the opportunity arose to go trekking and canoeing in the southernmost National Park in Argentina, we seized it with both hands.

Covering 243 square miles (630 sq km), the park meanders 37 miles or 60km north from the Beagle Chanel, bordering Chile. The El Parque station serves the famous Tren del Fin del Mundo – or End of the World Train – which is a beautiful 7km train journey through the park, taking in the stunning scenery. Unfortunately, we couldn’t ride the southernmost railway in the world due to staff contracting Covid-19 but it will be on our ‘to do’ list for January 2023 when we return south.

Tierra del Fuego is renowned for spectacular scenic landscapes that feature coastline, forests, glaciers, lakes, mountains, and waterfalls. The park is also home to a host of wildlife, including 20 species of mammals, 90 species of birds and a huge variety of marine wildlife.

The day we visited the park, we were picked up by our tour company, Antar Tur, and transported to the National Park where we had to pay the entrance fee, which was not included in the price of our tour. Our guide, Gabriel – or Gabby – was good fun, choosing just the right music to make the trip more enjoyable.

Usually, the tour begins with the hike, followed by lunch, with paddling after the meal – “because we have wine for lunch and it makes the paddling a little more fun,” Gabriel quipped. But, because the weather was forecast to be bad, we started with the paddling.

Suited and booted, our team of 15 was divided into two inflatable canoes, with those who could speak English joining us with Gabby, and the Spanish speakers joining another guide in the other boat. We enjoyed a pleasant ride down the Lapataia River, where we took in gorgeous views of the surrounding woodland, mountains, and the Beagle Channel.

Following that, we enjoyed a hot meal of chicken casserole and bread with a delicious dessert of apples poached in wine. There was a generous amount of wine for each guest and tea, coffee or matcha afterwards.

The hike through the park generally takes three hours but the rain had really started bucketing down and not many of us felt like getting completely soaked. So we were given the option of a one-hour walk through the woods, or a two hour walk. While there was one man from Germany who wanted to do the full hike – after all, “when are we ever going to be back here” he said – the rest of us were satisfied with one hour.

We kept our waterproof jackets and pants that were provided for paddling and I kept the boots too because my own boots had started to let in water. Soon, we were driven to an upward part of the park to begin our hike downwards.

The hike itself was enjoyable enough that I would have been quite content doing the full three hours. We walked mostly through trees which provided some form of shelter and we listened to Gabby tell us stories of the flora and fauna in the woods, as well as some of the history connected to the area.

At the end of our walk, we visited the Post Office at the End of the World, where we got a stamp on our passports and sent some postcards home, knowing we would get back to Ireland long before the postcards arrived. If you want to get a stamp on your passport, be wary. Some passports should not be “defaced” with souvenir stamps, but others will not cause issues at border control if they are stamped.

On our way back, as we neared our respective hotels, Gabby continued his appropriate music choices, with French artists playing as we dropped off the French visitor, German for the German visitor, Irish tunes for us. It was a nice touch.

Overall, this was a really enjoyable day out, and one that we probably would not have had if our trip to Antarctica had gone ahead as planned. 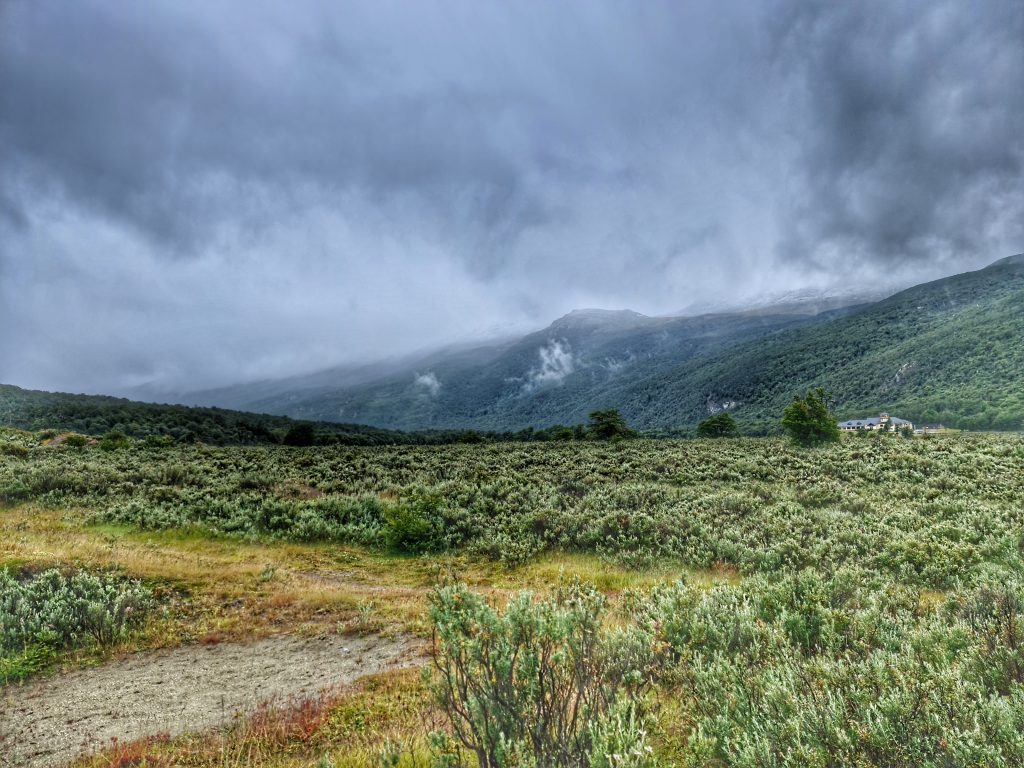 The park spans  an  area of 243 square miles (630 sq km) and is bursting with wildlife, stunning landscapes and gorgeous greenery. 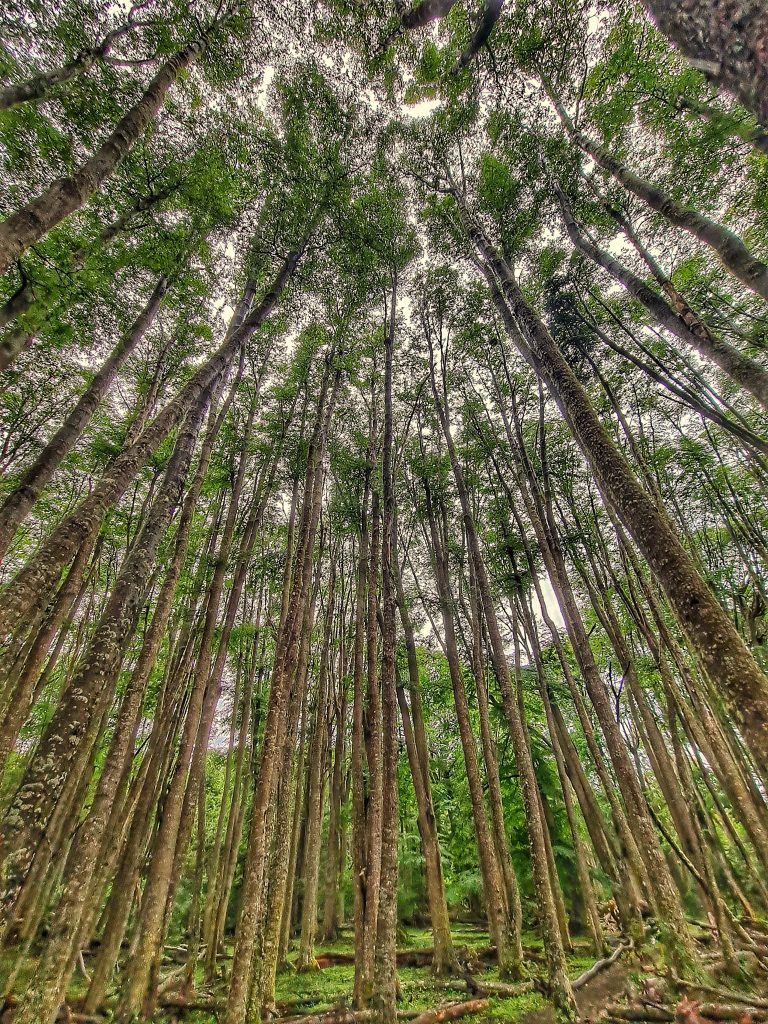 The winding paths of Tierra del Fuego National Park go on for miles, but it’s so worth a visit just to admire the uniformity of these beautiful trees as they reach for the sky, prioritising height before working on width. 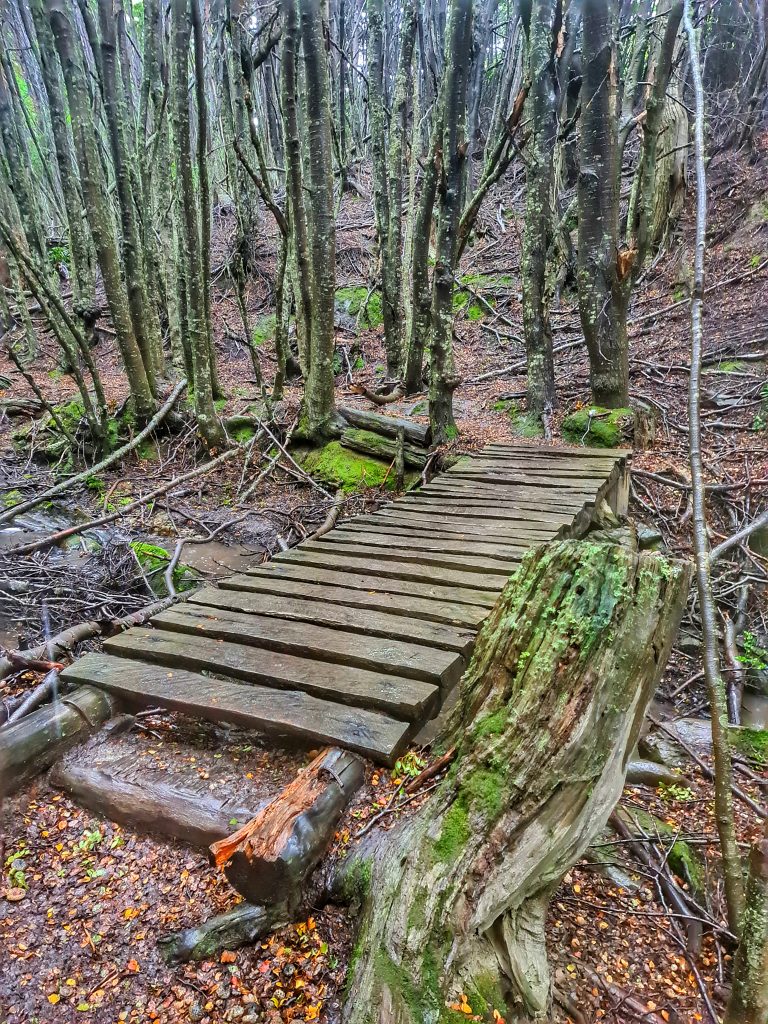 I loved all these beautiful little bridges that crossed over streams and little canyons on our hike. Be careful though – some of them are not 100% sturdy.

A Postcard from the End of the World 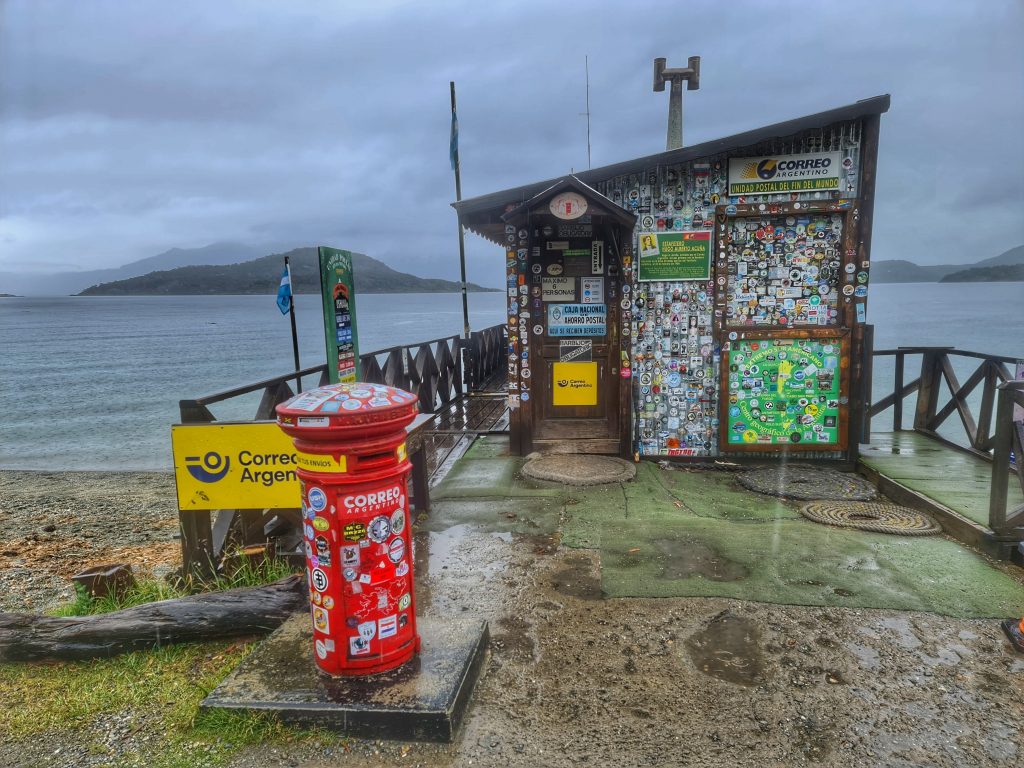 There is a small post office at Port Lockroy, Antarctica, this post office is called The Post Office at the End of the World. You can call in and send a postcard or two to loved one or purchase some souvenirs.

Harberton Ranch: The museum at the end of the world

Ushuaia: Ten things to do in the southernmost city

There's a great word I read in Sir Ranulph Fienne's book, Shackleton, which I feel epitomises me and what Travel Polar is all about. Polarhullar. It translates as an ache for the polar regions. I've felt Polarhullar for years now. Ever since I first travelled within the Arctic Circle at the age of twelve, I've longed to return to the cold. That's what Travel Polar is all about and, perhaps, when you've read some of my stories, you'll experience Polarhullar for yourself and create some memories of your own.

This website uses cookies to improve your experience while you navigate through the website. Out of these cookies, the cookies that are categorized as necessary are stored on your browser as they are essential for the working of basic functionalities of the website. We also use third-party cookies that help us analyze and understand how you use this website. These cookies will be stored in your browser only with your consent. You also have the option to opt-out of these cookies. But opting out of some of these cookies may have an effect on your browsing experience.
Necessary Always Enabled
Necessary cookies are absolutely essential for the website to function properly. This category only includes cookies that ensures basic functionalities and security features of the website. These cookies do not store any personal information.
Non-necessary
Any cookies that may not be particularly necessary for the website to function and is used specifically to collect user personal data via analytics, ads, other embedded contents are termed as non-necessary cookies. It is mandatory to procure user consent prior to running these cookies on your website.
SAVE & ACCEPT